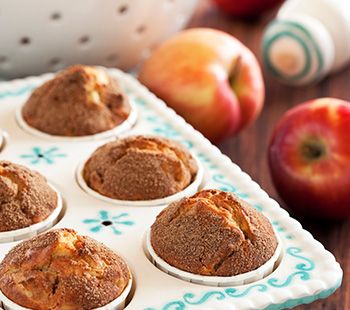 Perfect for an afternoon tea pick me up and can be stored in an airtight container for two days.

Lightly spray silicon friand moulds with oil of your choice, preheat the oven to 200C

In a large bowl mix all the flours and almond meal, stevia and vanilla essence until combined

Add milk of your choice and oil, apple and blueberries until evenly distributed.

In a separate bowl beat the egg whites until they form soft peaks and gently fold into the other mixture.

Spoon the mixture into the mould and turn heat down to 180C and bake for 20-30 minutes until the middle of the friand bounces back.

Let rest for 5 minutes before removing from mould tray and serve.

Please login to use this feature